Everything you need to know about antivenom

The only effective treatment for severe snakebite envenomation from a potentially deadly snake is antivenom. Using antivenom is not easy and, like most drugs, it has its disadvantages but in the right hands, and at the right time, it can be life-saving.

Yet people often have a poor understanding of how it works and there are endless myths about antivenom killing more people than the snake venom itself. Not to mention numerous miracle cures including antihistamine, cortisone and Vitamin C.

History of antivenom in Southern Africa:

Antivenom for snakebite was first developed back in 1886 and local production started in Pietermaritzburg in 1901 but in small quantities with most of the antivenom still being imported from the Pasteur Institute in Paris, France. In those days one could purchase a 10 ml vial of cobra or mamba antivenom from Mr. F.W. FitzSimons, Director of Port Elizabeth Museum. 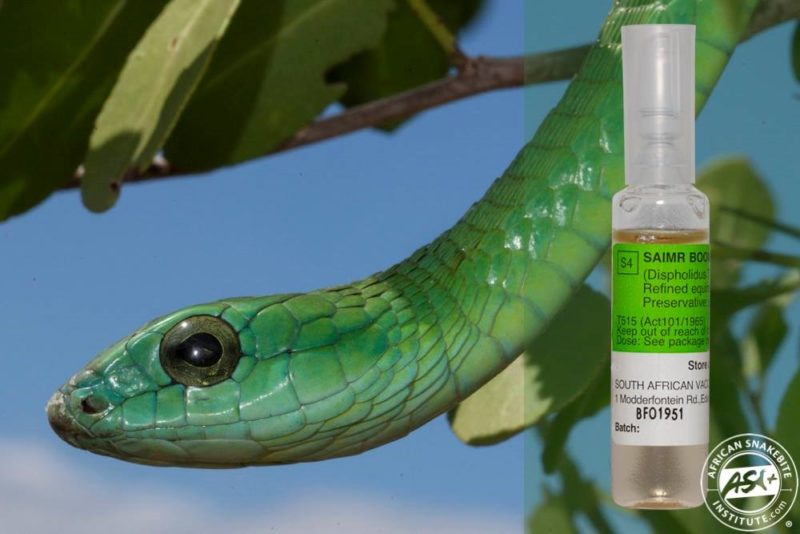 In 1928 the South African Institute for Medical Research (SAIMR) started producing antivenom which was initially limited neutralising only the venom of the Cape Cobra and Puff Adder, but Gaboon Adder venom was included into the manufacturing process in 1938. Around this time the first monovalent Boomslang antivenom was also developed.

Rinkhals venom was then added followed by the production of different mamba antivenoms in the 50’s and 60’s and in 1971 the venom of the Forest Cobra, Mozambique Spitting Cobra and Snouted Cobra was included to produce a polyvalent antivenom that is still manufactured today.

Antivenom is raised in a variety of animals including sheep, donkeys and camels but in South Africa we use horses. A horse is either hyperimmunized with single snake venom (Boomslang antivenom) or against venoms of a variety of snake species (polyvalent antivenom). This is done over an extended period of time during which small quantities of venom are injected into an animal and increased over time as the animal builds up more resistance and eventually becomes immune.

Once immunized, plasma is collected from the horse and it then goes through a process to remove proteins, pyrogens and microbes and is packaged in 10 ml glass vials. 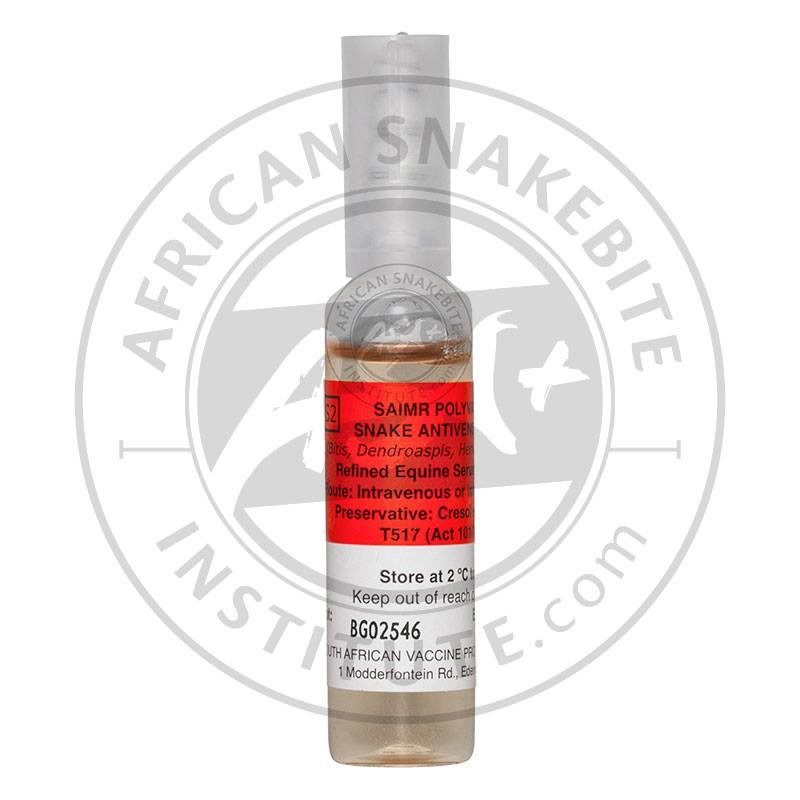