Safari Guide
of the Year 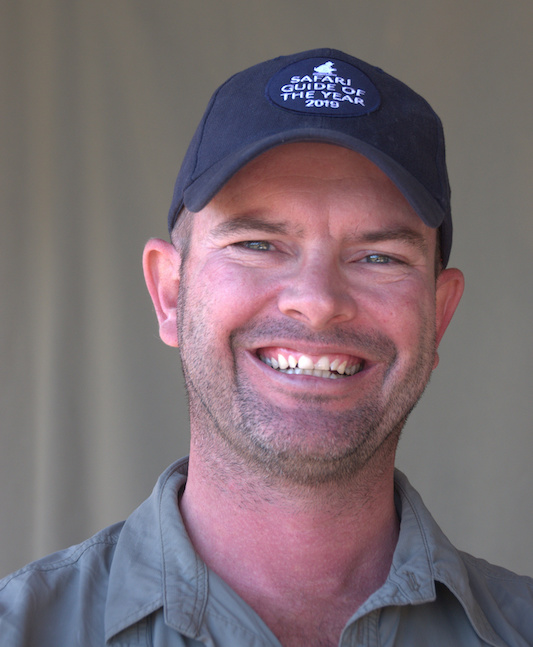 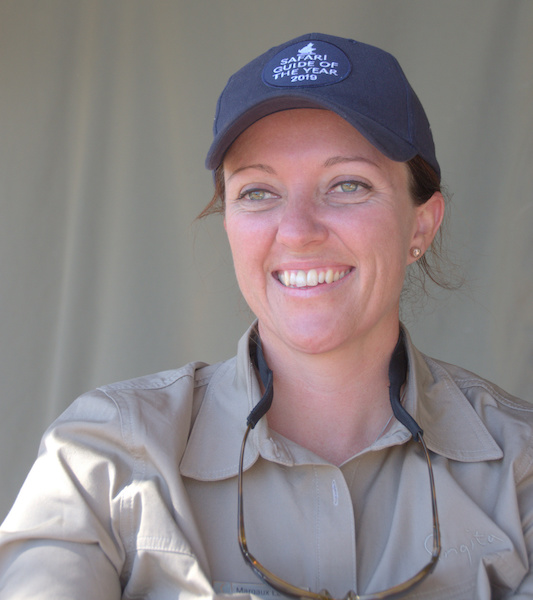 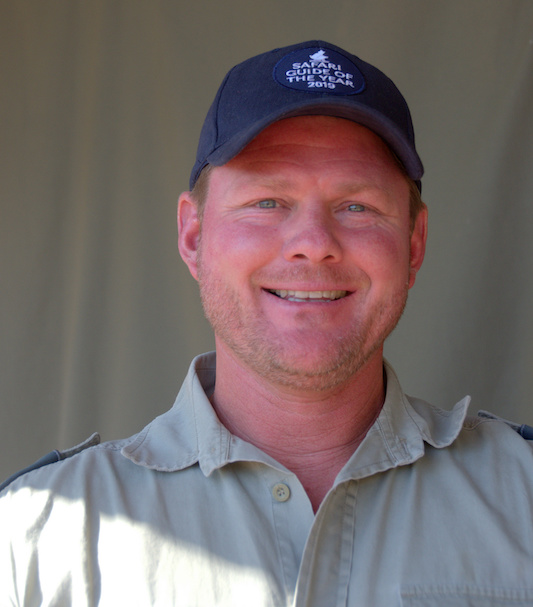 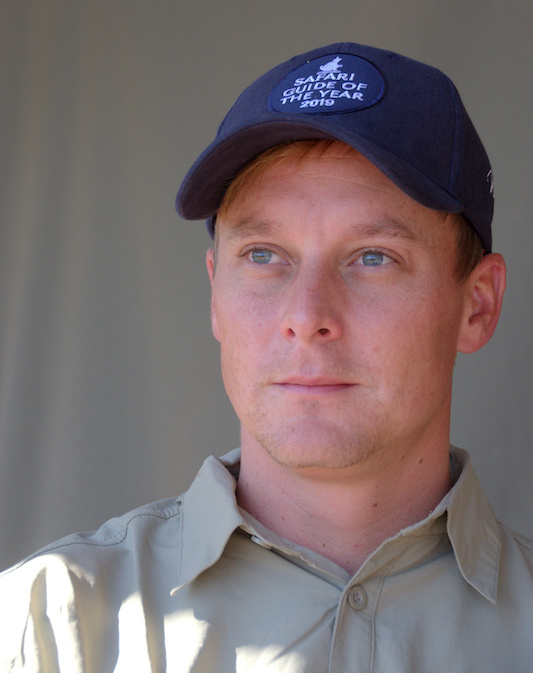 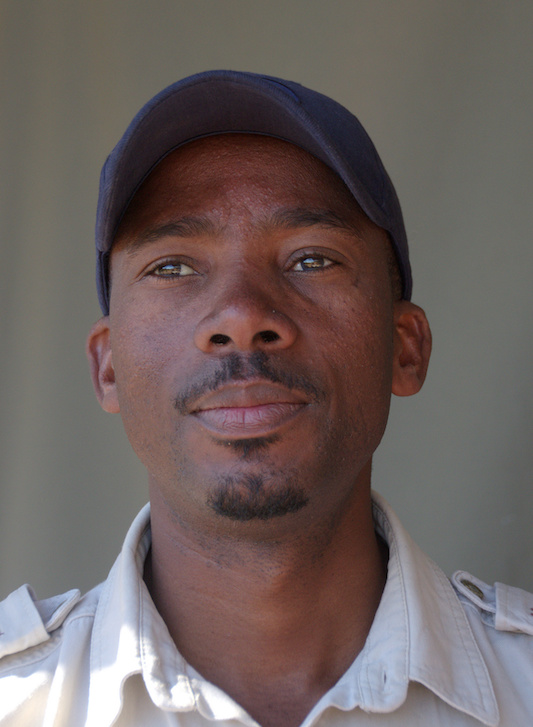 Below is an article from James Tyrrell, winner of Safari Guide of the Year 2018 on his experience.

I had never agonized for so long over the call of an African Fish Eagle.
“Surely that’s too easy?”
“What if it’s a trick?”
“Could be a drongo putting on a really good mimic…”

These were the ridiculous thoughts going through my head within minutes of the start of SGOTY 2018.
Identifying bird calls is normally such a treat when out in the bush, but now, only a few calls into our first assessment, I could barely hold my pen my hands were sweating so much; I was second guessing myself on every question, and at one point I panicked and just wrote down White Browed Scrub-Robin as an answer three times in a row, in the hope that at least one of them would be right (none of them were!).

It’s pretty hilarious that when your guiding abilities are being scrutinized by some of the industry’s finest, the pressure can feel like it’s suddenly been cranked up to 11.
Driving celebrity guests? No problem.
2 weeks with a high-profile international wildlife photographer on your vehicle? Piece of cake.
Identify a francolin call you’ve heard 5 000 times before, during the SGOTY birding assessment? Uh-oh. 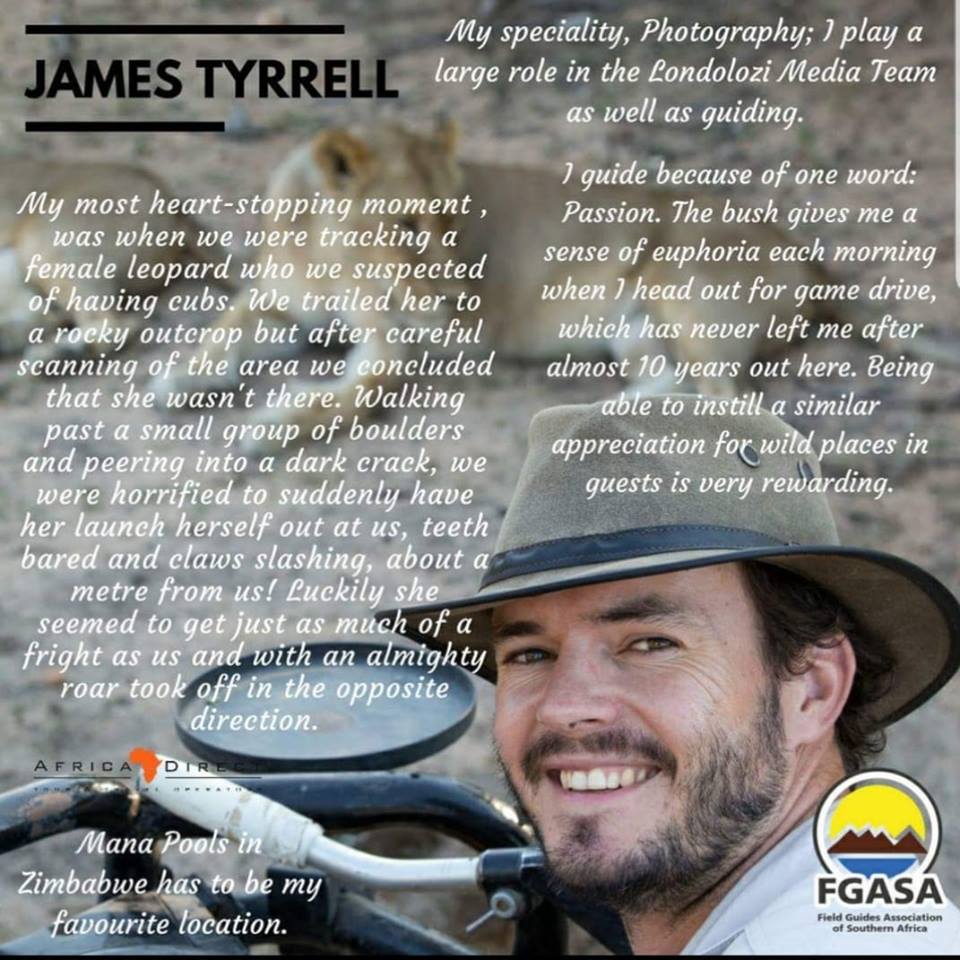 But what better way to evaluate where you are in your guiding career than take part in such an event? Your most brutally honest assessor as a guide should always be yourself, and without regular seminars being conducted or courses being attended, the two biggest factors that contribute towards guide progression are simply experience and self-learning. Once you qualify, you are more often than not on your own, and it’s usually only your guests who are providing you with feedback, which tends to be skewed massively towards the positive, as who isn’t going to be happy with seeing a leopard in a tree on their first visit to Africa?
Nope, to really shake it up, some kind of objective assessment like SGOTY is perfect.

“Objective” is a tricky word to apply to the guiding profession, as each guest’s experience with their guide will necessarily be different, and good guides should be able to tweak the experiences they provide based on the needs of the individual guests.

Yet a number of the fundamentals of guiding are objectively measurable, and a mix of subjective and objective is ultimately what SGOTY is about.

Birding, Tracking, Shooting, Story-telling, Guided Walk and Game Drive were the categories, with the heavier weighting being applied to the last two – since they make up the bulk of the guest experience – and slightly fewer points being awarded to the first four.

Birding (which was assessed on a visual ID and then a calls basis) was mercifully out of the way by the end of the first afternoon, and we could look forward to a further 5 days of “competition”, although the best part of the event was that it was a way to spend the better part of the week in good company, in the bush, learning new things. Actually competing was merely an afterthought.
Sort of.

Every morning and afternoon a game drive and bush walk conducted by one of the competitors departed from Nkambeni Safari Camp – our hosts for the week – with assessors on each excursion. Those competitors not taking the drive naturally gravitated towards the walk, as spending time on foot in the Kruger Park with veterans James Steyn (adjucator) and Jaco Buys (previous winner) wasn’t the type of opportunity you should even consider passing up.
We tracked lions and stalked lone buffalo bulls. We discussed bird behaviour and identified obscure trees. We watched elephants from afar and from close, with each encounter reminding us just why we chose this career path.

And then at each meal came the typical “How’d it go?” from the rest of the group. The assessors were keeping their cards very close to their chests, so most of the week was simply a case of feeling It out and judging your own performance vs. those of your peers.
When guiding first-timers to the bush, you can generally get away with one or two mistakes that will pass unnoticed, but when your assessors boast 25 years’ experience each to their names, it’s a little bit harder to do, and if you slip up, you pretty much know they will have noted it!

The tracking was my personal favourite. Famed tracker Renias Mhlongo, co-founder and head trainer of the Tracker Academy was brought in to invigilate, which further added to the pressure.

It was a chilly morning on the lonely, dusty. Bit of road that was selected as the venue. Renias and James would walk ahead of the group, identifying four or five tracks to be tested. They would circle and number each track or sign, then call the competitors up in small groups to let them try work out what animal had passed by.

Once each competitor had decided – or thought he knew – what each track was, he would quietly whisper the answer to James, who marked the answer down on a clipboard. Tracks were weighted according to their difficulty (eg. A simple elephant footprint would only be worth one point, whereas a more cryptic thick-knee track might be worth three), so a slip-up on an easy track wasn’t a train-smash, as you could recover to a certain extent if you nailed the tricky ones.
As the whole focus of guiding is ultimately learning, so was this assessment, and the post-section discussions were wonderfully enlightening. And often hilarious, as we revealed to each other the ridiculous mistakes we all made at one point or another. I think I called a frog track a nightjar, or something equally ludicrous. We win or we learn!

Shooting was squeezed in on the penultimate afternoon, and was the most clearly measurable of all the categories. You hit the target or you don’t. Period.

With that out of the way, Friday eventually arrived with the final walk and drive heading out at dawn.

Thereafter the points were in, and all we could do was wait until the prize-giving that evening. I did wonder whether I might be penalised for having a whisky at 10:30am to calm the nerves, but ultimately decided against it. Not because I was worried of what others might think, but my bar tab for the week had turned out to be significantly higher than I anticipated, so I decided to cut down on the final day.

The guiding industry is so filled with clichés that it can be hard to describe the bush experience and more especially something like SGOTY with true originality.
Passion, enlightening, camaraderie… all words that leap to mind when reminiscing over those 5 days, but all words that are overused in the greater guiding context. I think though, that what I – and I hope my fellow competitors – got out of the week was far more satisfying feeling than just having participated…
To be invited to compete in SGOTY requires a minimum of 5 years’ experience as a guide, although many of the entrants have far more than that. Four or five times more, even. And looking around at everyone who was part of that week – not just the competitors but the organisers, the adjudicators, the guests… – it was evident in the most subtle behaviours, just how central a role the bush played in everyone’s lives. Whether they worked in the bush full-time or only got out to Africa once a year, all who attended SGOTY had this underlying connection, this deep yearning for Africa’s wild places and her inhabitants.

Yes, this common thread was superficially obvious, because the competition was everyone’s reason for being there after all, but it was something far deeper than that, something that you could simply feel.

Only about 7% of communication actually involves words; over 38% involves tone and 55% apparently involves body language, and the constant language of all who gathered at Nkambeni for SGOTY 2018 was this enormous and mutual love for where they were and what they were doing.

And ultimately what we strive for as people – even though many of us are unaware of it, and even though it is so often lacking in modern society – is exactly that. Community. Shared Ideals. Belonging. 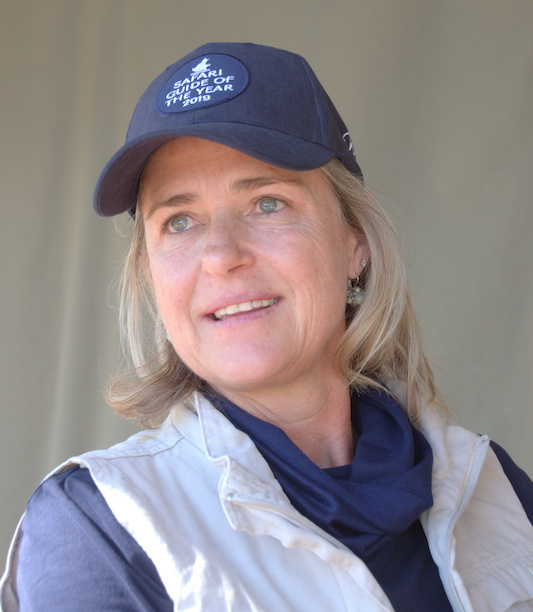 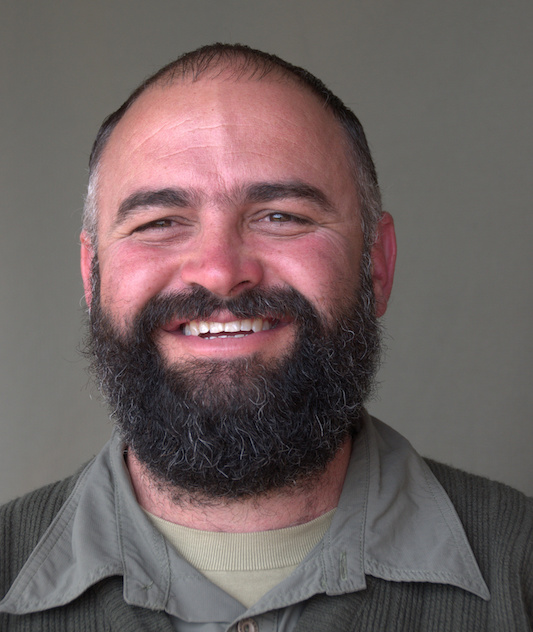 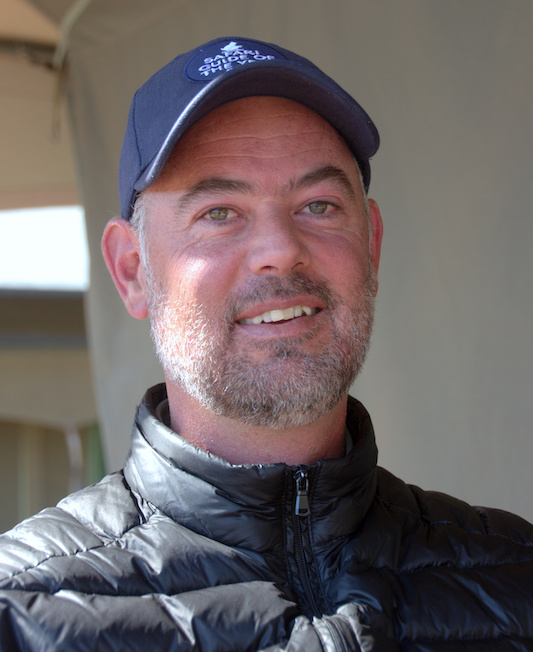 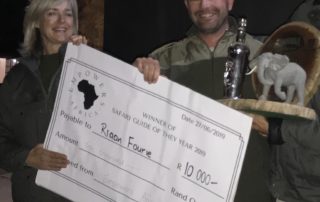 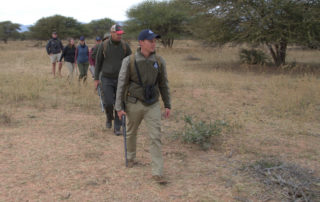 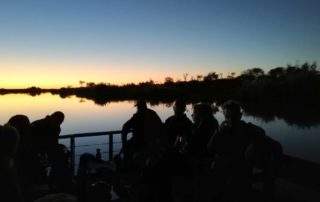 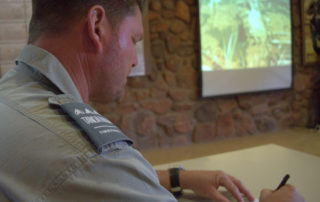 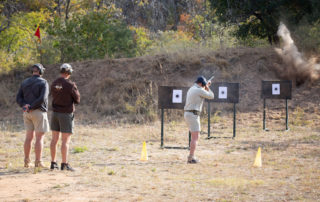 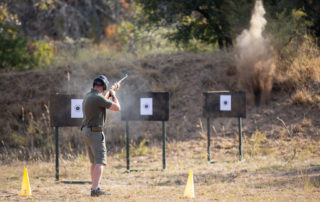 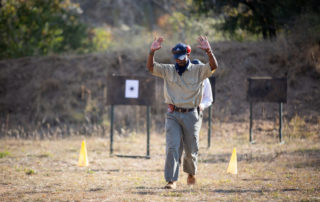 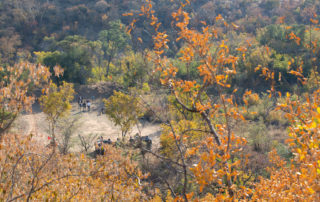 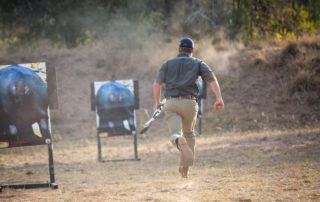 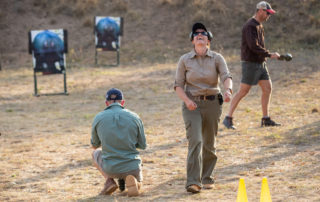 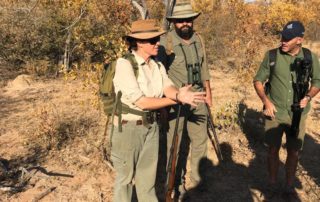 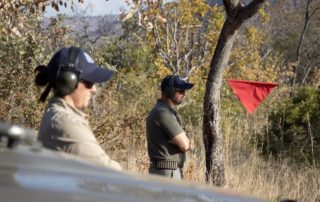 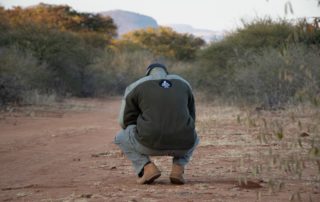 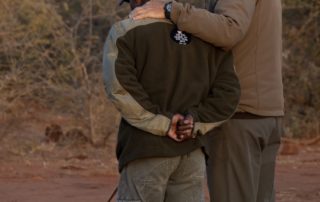 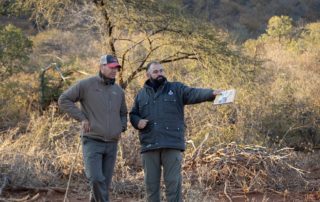 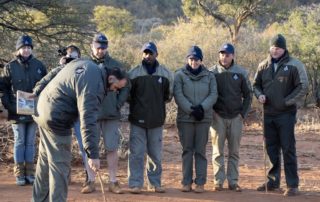 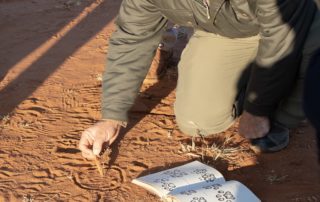 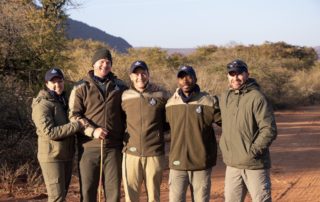 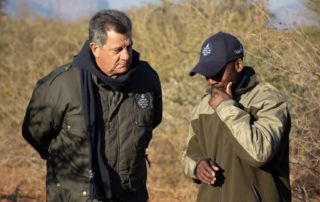 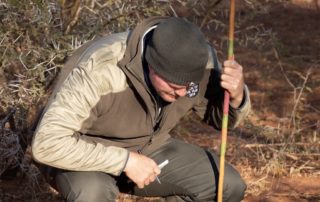 Safari Guide of the year